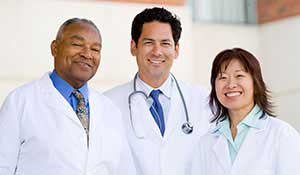 Whether inpatient or outpatient, at Centerpoint Medical Center we understand that there's no such thing as “routine” surgery and that patients and their families are concerned about surgical care. We work closely with patients, families and doctors to be sure that every question is answered and every concern addressed – including advice on how to prepare for your surgery, what to expect during your treatment and the best ways to make a fast, full recovery.

Centerpoint Medical Center has 12 physicians who use the da Vinci® Robotic Surgical System for a variety of minimally invasive robotic surgical procedures, including urological, gynecological and general surgery. Centerpoint Medical Center acquired its first da Vinci® Robotic Surgical System in February 2011 and upgraded the robotic system to the Si model in December 2011.

Until recently, surgery patients had to choose between traditional “open” surgery with a large incision or laparoscopy, which uses small incisions but cannot be used for all procedures. Centerpoint Medical Center offers da Vinci robotic-assisted surgery as an innovative option for patients. This breakthrough technology is a minimally invasive alternative and can be used for many complex procedures.

On March 29, 2012, Pascal Spehar, MD, a general surgeon at Centerpoint Medical Center performed the first single-site robotic-assisted cholecystectomy (gallbladder removal surgery) in the State of Missouri. Dr. Spehar is among the very first surgeons in the United States to perform this procedure, which was made possible through a new FDA-approved single-site advancement to the da Vinci® Robotic Surgical System.

Each year, about one million people in the United States undergo gallbladder removal surgery. Of that number, 40 percent of these patients are women, ages 18 to 44. With this new single-site robotic procedure, patients can now have their gallbladder removed in about the same amount of time as a lunch break and be home in time for dinner with minimal discomfort and potentially no visible scar. The single-site robotic-assisted cholecystectomy is performed using a single incision through the belly button.

Using the da Vinci System, the surgeon operates while seated at a console next to the operating table, viewing a 3D image of the surgical field. The surgeon uses master controls located below the display to perform the procedure. The system translates the surgeon’s hand, wrist and finger movements into precise, real-time movements of the surgical instruments inside the patient.

Retrieving location data...
Use my location
Or Use My Location
List Map